So, the other day we reported about a bunch of GOJHL teams looking to leave and start their own league.  Seems like a pretty good idea if you want to have higher standards of operating than the people you are doing business with.

Well, because of this, and the appeal filed to the Ontario Hockey Federation, the GOJHL is having to cancel its start of the season showcase. 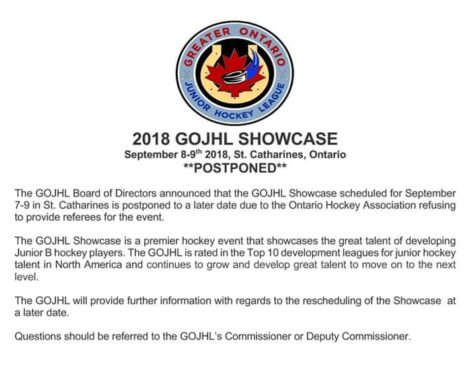 Oh, and it gets better.  In cancelling the event, the GOJHL throws the Ontario Hockey Federation under the bus and then backs the bus up on top of them with a truck load of bullshit.  Trying to say the OHA was refusing to schedule referee’s when they were in the process of doing just that. 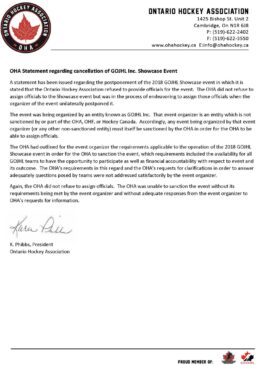 See it turns out that the GOJHL Inc. A new entity that the OHA, OHF and Hockey Canada does not sanction.  Ohhhhhh shit boys, forgot that one little item huh?  You know like trying to sneak that one by them and hope they wouldn’t notice?

You really have to wonder WTF is going on with these people.  If this is how they operate, and looking back at their failed applications for Junior A status would tell us more, its no wonder they don’t do shit.

How such a great league loaded with talent can be so completely incompetent at operations is mind blowing!

The Death Pool – Calling All Pay To Play Expansion Scouts!