Watch every game on BDEHockey.com

Bellingham Blazers and Valencia Flyers will both surge for bounce-back performances, though the Flyers may want a quicker entrance into the win column having lost their previous 15 outings. This is the first time the two opponents see each other as Valencia is amidst a nine game road trip heading into the final stretch of the regular season.

Scoring three or four goals in a game is normality for the Flyers, but they haven’t been able to solve their porous defensive ways. They concede too many goals to see the winning side of a four-goal effort. On the other hand, you have the Bellingham Blazers who are coming off an arduous three games in which they only scored three times, and conceded an exaggerated amount.

Dallas Snipers will make the haul to Wichita for a three game set this weekend, but face the Jr. Thunder a total of six times over the remainder of the regular season schedule. Wichita has dropped its last 15 games but the Snipers shouldn’t take it lightly. Of all active teams, only the Dallas Snipers have suffered two losses to Wichita this season—Steamboat Wranglers being the other team.

The fourth place Snipers finished off their rival, Oklahoma City, with a pair of wins last weekend and may still have their road legs in good shape. With Dallas keen on making a late season push, the Jr. Thunder will require a lot of stopping power. It may be a second look for Wichita’s newly acquired, Joseph Schaul, to earn his first win in net. Dallas has scored 12 goals in three games leading up to the tilt.

In summation, the Snipers have won four of six games against Wichita, and surely want to expand on the mark.

Barrhead Bombers recently moved up to third place in the Provincial Division, although tied in points with Cold Lake. The Bombers have yet to find a win against the Timberwolves, but will need to if they wish to run away with the three spot.

In nine games, Hinton has shelled Barrhead with 51 goals, including a 7-1 victory last weekend at the Barrhead Agrena; Bombers have only rippled Hinton’s mesh a total of 17 times.

It’s a new look Bombers team between the pipes welcoming two new goalies in Blake Reinert and Brock Machholz. The Timberwolves are also welcoming former Bellingham Blazer, and teammate of Jamahl Eakett and Kolter Pawlick, Matthew Edgecomb to the mix—among other new acquisitions.

After losing back-to-back games against the Edson Aeros, the T-Wolves have since remained in the win column with two victories.

Provincial Division leaders, Edson Aeros, are tasked with three road games at the Cold Lake Energy Centre. Aeros are unblemished against the Hornets with five wins in the season. Their last three games have been a one-sided affair each time reaching significant score lines both at home, and in Cold Lake.

As previously mentioned, the Hornets are tied for third with 26-points, but the team they are battling with for higher seeding, Barrhead, also faces a tall order this weekend. Wassim Saidani, who had 9G-13A-22P for the Bombers, was traded to the Hornets and will serve as a boost in offense going into the series.

The Aeros continue to dominate the division with a 10 game win streak, and 16-3-0 road mark.

The Utah Outliers had a bye and didn’t see action last week so they will be charged up for the three-game series against Southern Oregon Spartans. The series will close out what was a 12-game home stand for the Spartans, who only found a single win during the stretch.

Of note, the Spartans have yet to surpass five regulation wins in the season, helping to illustrate the adversity they have faced all season long.

Outlier forward, Andrei Shmakov may be a crucial cog for his team in the late stages of the season; He has four goals in four games, and has 14 points in eight of his last nine outings. 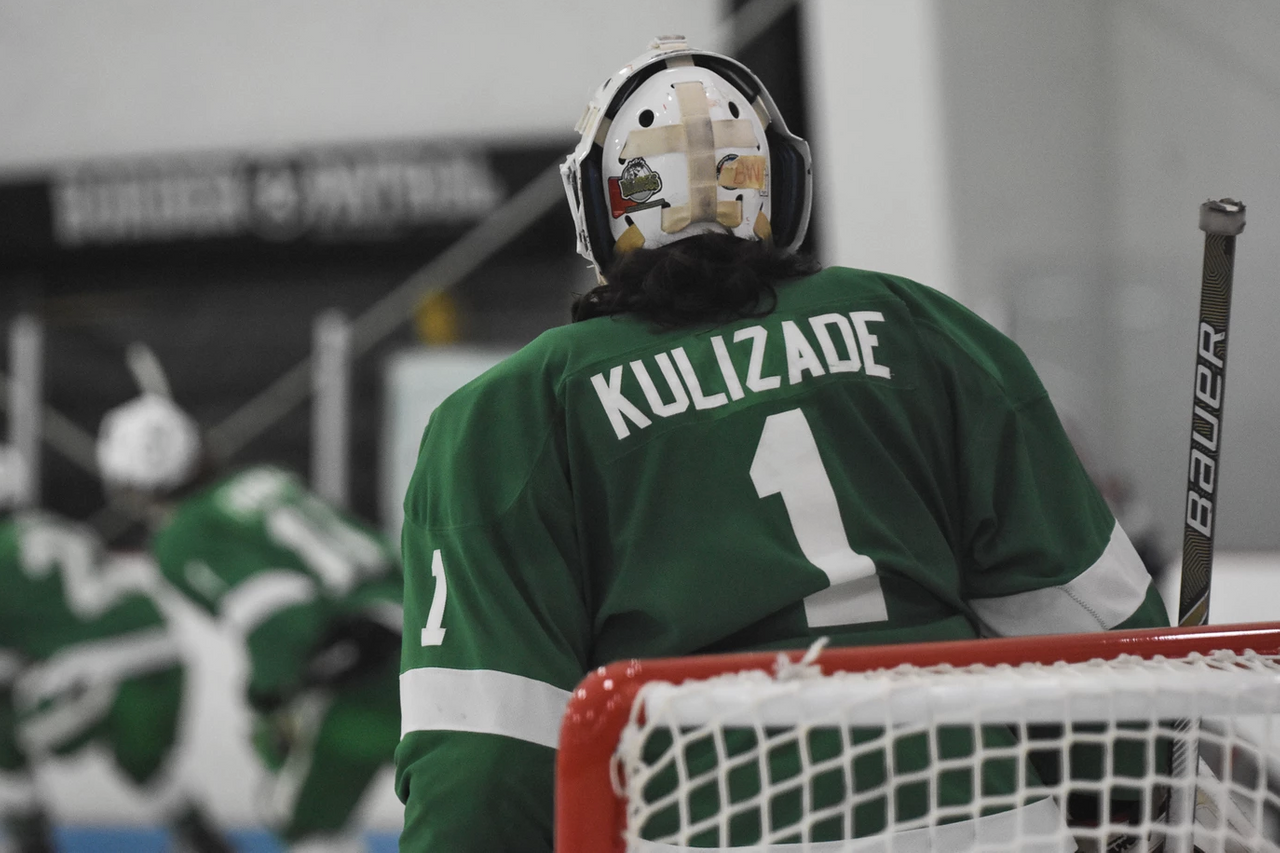 It’s the series the Northwest wants to see as Seattle Totems look to upset the Ogden Mustangs for a second time this season. Seattle was able to do it at Olympicview Arena once, but this time the battlefield shifts to Ogden where the Mustangs have only lost once this season.

It will be the first time since 2015 that Seattle makes the trip to the Ice Sheet At Ogden.

When they last met—this season—Seattle forced a tremendous come-from-behind win as they defeated Ogden 4-3 in overtime. The Mustangs bounced back and took the next two meetings, including a 5-0 shutout on that Game 3.

Ogden continues to lead the league in scoring and are the only squad to reach or surpass the 300-goal mark so far. Rustam Kulizade will need to stand on his head in order to grind out a win, as opposing goalies can face up to 40 or 50 shots a game at the Ice Sheet.

In reference, Utah’s Oscar Wahlgren was forced to make 50 saves when they won in Ogden. 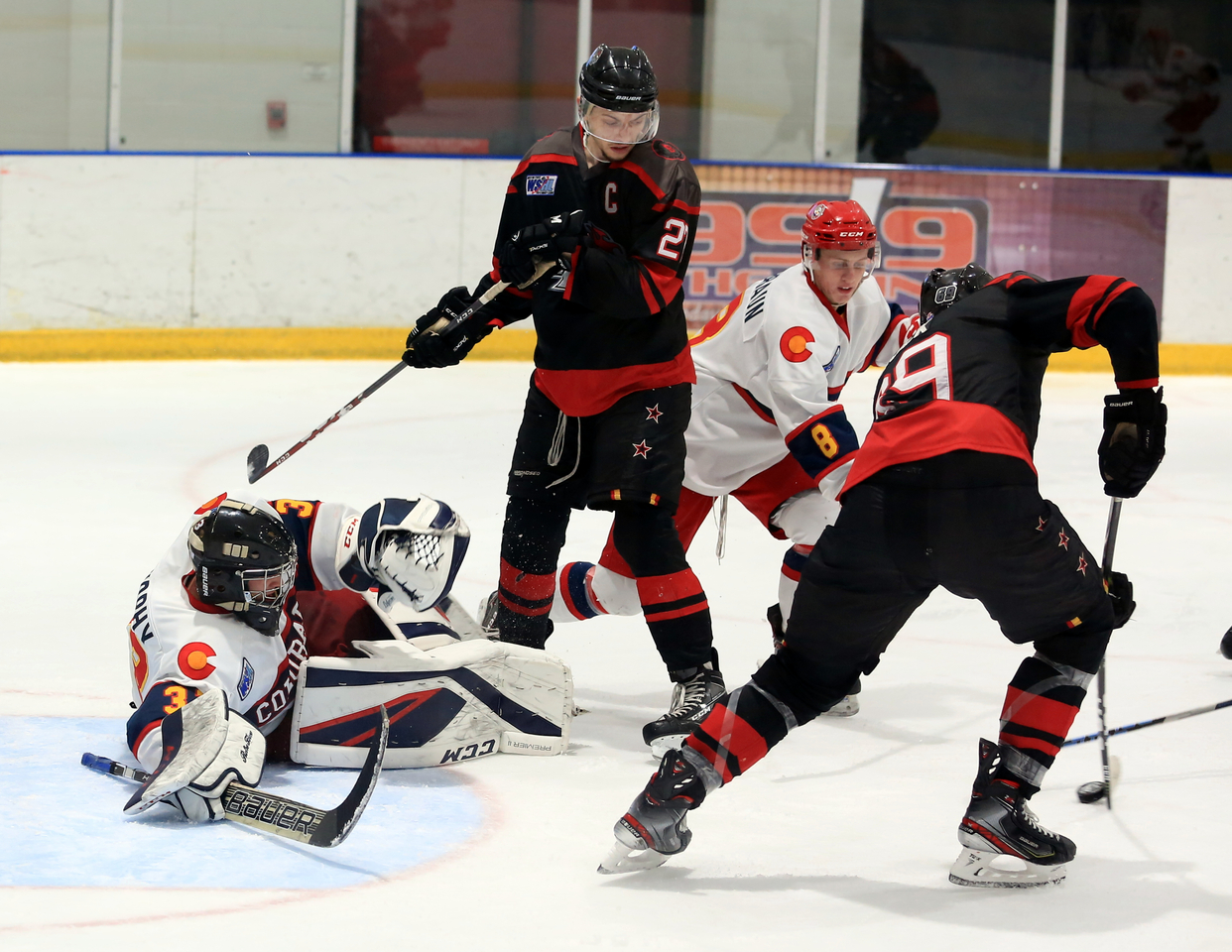 Oklahoma City Blazers aren’t getting any breathers for the remainder of the schedule, and will have an immediate bout with the Northern Colorado Eagles this weekend. The divisional opponents have shared in three games through out the campaign and the Eagles prevailed in two of the three games, shutting out the Blazers 2-0 in one instance.

Last weekend only affirmed the season-slump that Oklahoma City is enduring. The Blazers are not in the win column, and would want to avoid sacrificing any more points, as they are more valuable than ever this point in the season. They have dropped to the lowest position they have been all of 2019-2020, fifth in the Midwest-Mountain Division.

Northern Colorado is having quite the season sitting in second place in the division. The Eagles have made serious strides in consistent, deep post-season runs over the last few years. The mission stays the same. They would ideally like to win their way into the Thorne Cup.

The Eagles are also not in the win column having suffered a setback in El Paso, but managed to steal a win in shootout against the defending champs on Saturday. 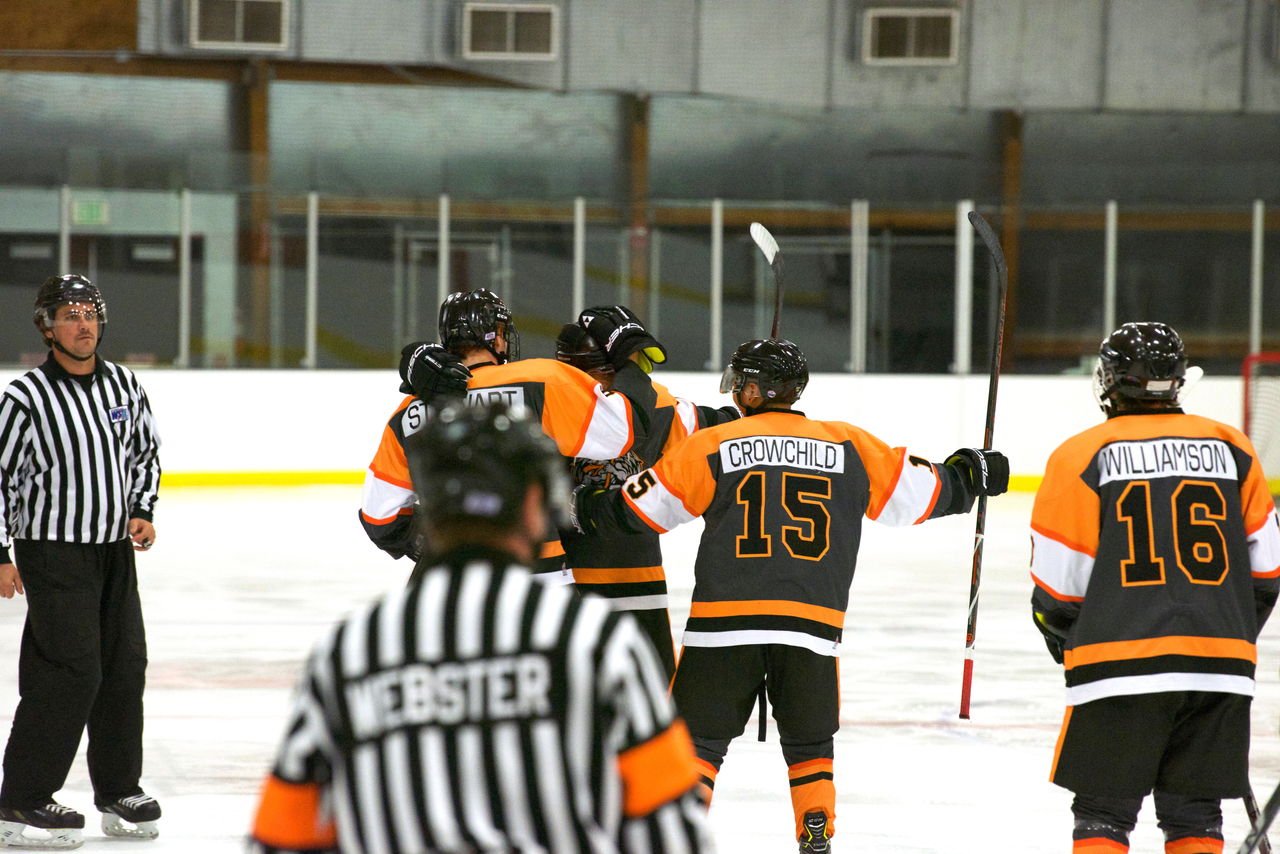 Ontario Avalanche return home after playing purely road games since before Christmas. Ontario hosted and defeated the Las Vegas Thunderbirds 9-2 in that two-game series, but ultimately split the weekend. This will be the first time the clubs play each other in Anaheim without Tomas Urbanec, Filip Nordin, Christoffer Juvas, and Emil Svartbro.

After sweeping the Flyers at Sobe Arena, and the Sabers losing three games to the Monsters, Las Vegas reclaimed its second place position in the Western Division.

This weekend series is actually a continuation—for Ontario—who had a bye after visiting Sobe Arena two weeks ago. The Avalanche were able to snag a victory in the latter game of the series, but were bested in the first two tilts.

Vegas is within reach of division leading Fresno, and if the T-Birds can string together a win streak, it will amp up the intensity as they close out the season in Fresno.

The Avalanche have had a successful window of games since their 2-1 upset victory over the Eagles at Showcase. Since then, they have gone 5-3.

A Look At The USPHL Premier’s Midwest Region