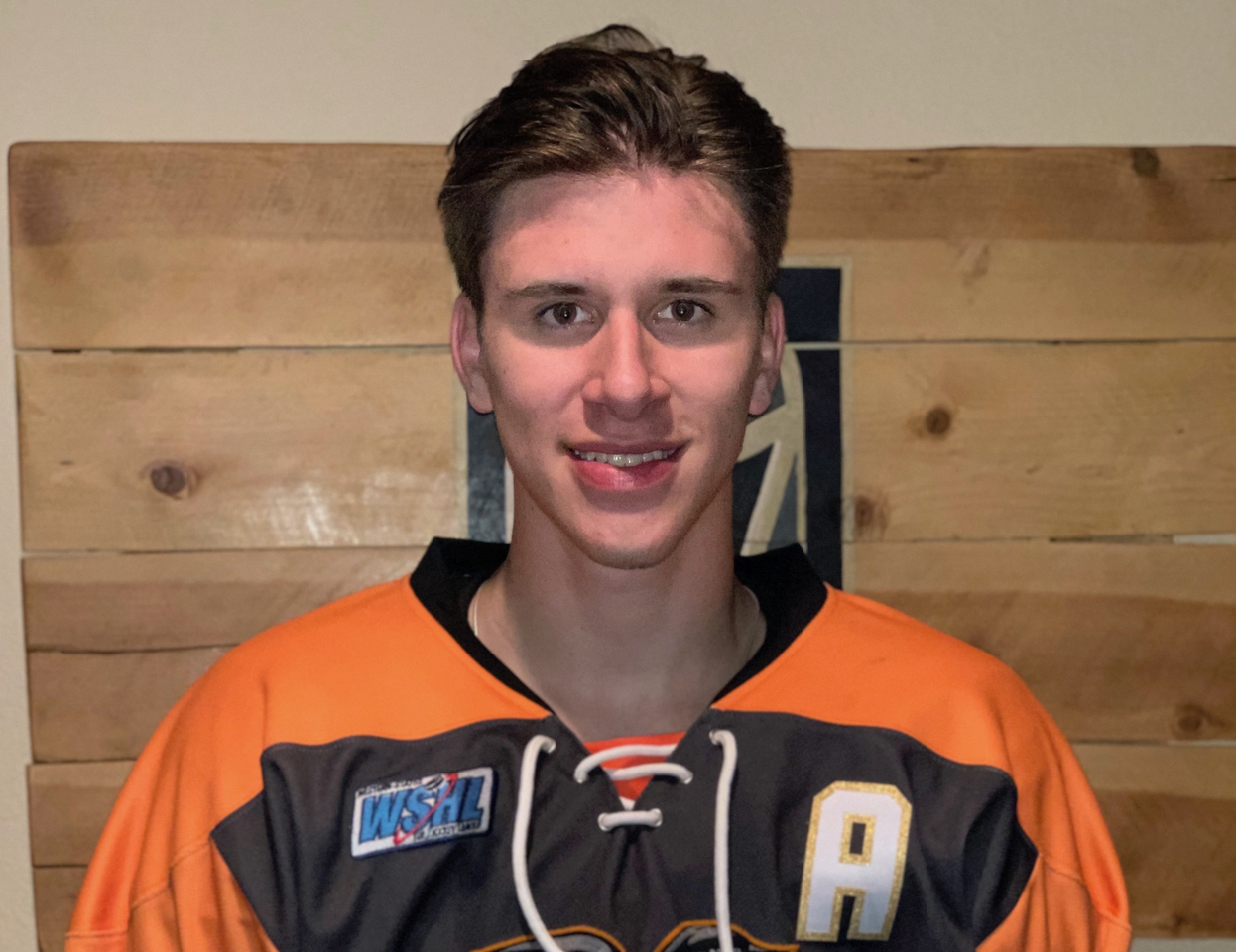 The 18-year old native of Ludington, Michigan was initially told he wasn’t ready for the WSHL, even though he’d been recruited by the El Paso Rhinos for two years. But after suffering a broken leg, enduring a three-month rehab, losing his roster spot with the MJHL Dauphin Kings, signing with the Rhinos, and then being traded from El Paso to the Las Vegas Thunderbirds after just fourteen games, Austen Kerridge is here and filling up the stat sheet for his new team.

At any level of hockey, the message that you’ve been traded is a hard reality to accept. Kerridge was enjoying his development under Coach Herman in El Paso, likening his time in Texas to a hockey boot camp, of sorts: A 5:00 AM alarm clock, a three-hour practice, a quick nap, a second boxing workout, and then a weightlifting workout, interspersed with a 6,000 calorie per day diet. Austen’s intense schedule was paying off. Despite his limited playing time, he recorded 2 Goals and 5 Assists with the Rhinos in just 14 Games of action. When news of the trade came, Austen was initially distraught, but that feeling was soon replaced with the excitement of the opportunity to take on an impactful role with his new team, the Las Vegas Thunderbirds.

Growing up in Michigan, Austen developed a scorer’s touch at a young age. His first true lesson of handling adversity came as a fifteen year old, playing under coach Ryan Kosecki for the Lansing Spartans (18U AA). Once Kerridge witnessed the larger athletes he’d be competing against on a daily basis, he knew he needed to make a change to his style of play. The slight-of-frame and self-aware Kerridge noted, “when I was fifteen, I had to rewire everything, and then I became more of a grinder. I had to learn all the tricks and techniques to compete against players who were 6’0, 180 (pounds).” Coach Kosecki instilled in Austen to never back down, keep his head up, and move his feet. Those lessons have stayed with him to this day.

When Kerridge arrived in Las Vegas, he had just a week to practice with his new teammates, and learn Coach Hyrsky’s systems. Austen made an immediate impact, scoring a goal in his first game against the San Diego Sabers.

Austen has greatly benefited during his short time in Las Vegas, thus far. The increased playing time, and immediate chemistry with line-mates including Joe Terrana, Mikhail Gerasin, Yevgeni Govorushko, and Joseph Wheeler has resulted in a total of 23 points (9G, 14A) for Kerridge. “In El Paso, I always felt a step behind everyone,” Austen said, but since coming to Las Vegas, he’s really been able to develop his game speed, learning to pressure the puck quicker, and make smart, split second decisions in the offensive zone.

Now that Kerridge is settled in Nevada, he plans to continue working out, and developing his game. His eyes are still firmly focused on the prize held by that young scorer from Michigan. He aims to eventually play in the USHL or NAHL, and one day return home to play hockey for the Michigan Wolverines or Michigan State Spartans. Until then, he will continue to soar for the Thunderbirds of Las Vegas.