Brock Faber is Ready to Lead by Example at World…

HTM Has Immediate Openings To Fill In North America and… 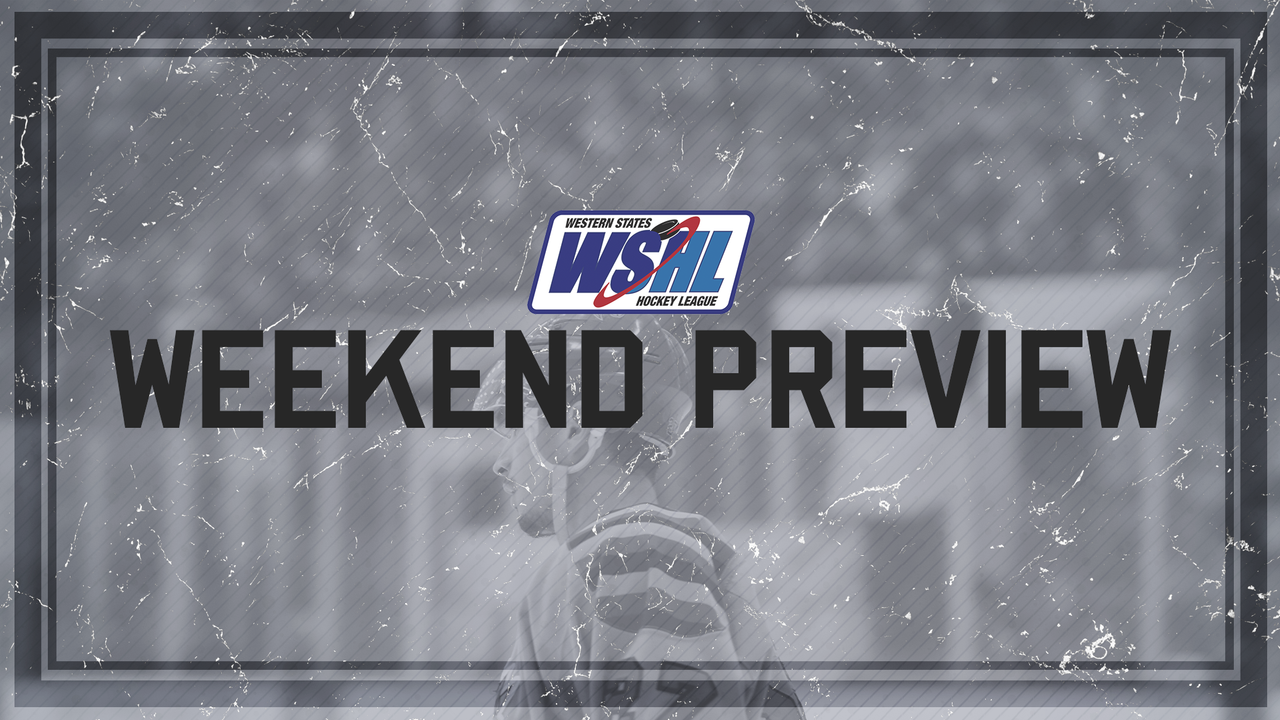 Bellingham Blazers will return to Medford hoping to find the same success from early Nov. when they swept the Southern Oregon Spartans. Both clubs are entering this weekend’s series on a six game losing streak with the Blazers slowly faltering from higher-seed contention.

The Blazers and Spartans are the only two teams in the Northwest Division yet to reach 100-goals in the season as Bellingham has scored 88, and Southern Oregon scoring 70. In their previous three games, it was the Blazers who dominated the scoring column with 16 goals—and one shutout.

Southern Oregon’s last win was an 8-7 shootout victory over the Cold Lake Hornets at Showcase. Similarly, Bellingham hasn’t seen any success since their 2-0 victory over Oklahoma City at Showcase as well.

While the Valencia Flyers may find themselves far from playoff contention they can still make life difficult for the Fresno Monsters who are clinging onto first in the West. Monsters have a three point advantage over second place, San Diego, and third place, Las Vegas, who are tied with 66 points.

The Flyers are also returning to Fresno having dropped their first three games at Gateway Ice Center earlier in the season. They came close to an upset after losing by one goal on back-to-back night, but then were outscored 6-4. Valencia will, however, have an opportunity to host two of three games in this series, with the last two shifting south to the Ice Station.

In total, the Monsters have bested the Flyers seven times this season.

A very determined San Diego Sabers squad is at the verge of team history greatness looking at a potential first place Western Division finish. Sabers are three points from first place and will require everything they have against a well-tested Seattle Totems team, in Washington.

San Diego managed to win two of three games at Olympicview Arena in 2018-2019, winning 4-2 and 6-3, on consecutive nights. Although the Sabers had a successful Washington road trip last season, the Totems are looking stronger this time around having measured well against Ogden and Utah in their first looks.

The Sabers have won nine of their last 10 games stemming back to their win over Southern Oregon at Showcase, and are arguably still one of the hotter teams in the league currently. Seattle has won five of their last nine, with again, four losses coming by the hands of Ogden and Utah.

The Totems are 20 points behind second place Utah but can still push for further separation from Bellingham.

The Thunderbirds haven’t played at home in over a month and their long awaited return brings the Ontario Avalanche who will be searching to continue its sweeping road effort from last weekend. Avalanche can spoil the Thunderbirds’ aspirations of locking-in the three spot if they can steal the majority of points, narrowing their 13-point gap from Las Vegas.

Ontario has won its four previous games including wins over division leader, Fresno, and Southern Oregon Spartans. Both clubs, split their two-game series at Anaheim Ice when they last played. The Avalanche managed the higher scoring victory scoring nine goals to deflate the Thunderbirds.

T-Birds are also on a successful swing with a three-game win streak also defeating the Monsters, and taking two games from Valencia.

In their season series, Las Vegas owns the only shutout, a 7-0 win in their first meeting, and have the 3-2 series lead going into this weekend.

Two heavy weights will collide and see each other for the first time— in this season—as the Utah Outliers travel to Arctic Edge Ice Arena for three games against Oklahoma City. Oklahoma City took two of three games from the Outliers in 2018 at Accord Ice Center in Utah.

The Outliers are drastically behind the the Ogden Mustangs in the standings but the Blazers can certainly reclaim their second place divisional spot if they get a streak going. After losing three straight to arch rival, El Paso Rhinos, OKC will be fuming and looking to get back on track—specially at home.

Utah has been victorious in seven of their last eight games including wins over two division leaders in the Fresno Monsters and Ogden Mustangs.

Cold Lake has hit a speed bump on their path of ascension in the Provincial Division Standings, however they have proven to be capable of surpassing at least the Hinton Timberwolves this season. Hornets have moved into third place but are facing road games in No. 1 Edson, and No. 2 Hinton.

Both Hinton and Edson are enjoying six game win streaks whereas the Hornets are coming off a win and a loss to the Meadow Lake Mustangs and Barrhead Bombers respectively. Though Cold Lake will likely not make any more advancements in the standings, since Hinton is well ahead, a win against either of these teams will be crucial for confidence.

The Edson Aeros are owners of the only active undefeated streak with a 14-0-0 home record at Repsol Place, and may even be on pace to matching their late 21-game win streak, that was born at the start of the season and culminated at Showcase. Hinton is just as tough to play at home, holding a 12-2-0 record out of Murray Rec. Center.

Both clubs are continuing where they left off last weekend and resume the season series with three more tilts, but this time in Greeley. Eagles can move to eight straight wins over Wichita with a sweep this weekend.

Following two well-worked wins, the Eagles had trouble on Sunday against Wichita who kept it close and managed to avoid a third multi-goal loss, falling 4-3. The Jr. Thunder have always managed to put up a solid effort every weekend, but don’t have the resurgence to continue their successful moments. Despite having lost their previous nine games, there are brilliant showings sprinkled amongst.

Northern Colorado was on the losing end of one of Wichita’s brilliant showings—earlier this season—when the Jr. Thunder surprised them in Greeley with a 5-4 overtime win on Oct. 18. All in all, the Eagles have a comfortable season series lead with five of six wins—but this game of hockey can bring some surprises.

A pair of 6-3 decisions in favor of the Edson Aeros and a 5-1 victory for the Hinton Timberwolves is the only sample size we have of these two teams against each other. The series of games go back to their first three games of the season. After wreaking havoc in the Provincial Division both teams finally meet as playoff push begins to get real.

It’s a five point difference between the Aeros and Timberwolves who will likely also face each other in the post season. Edson is currently the highest scoring team in the division with 222 goals in favor while the Timberwolves have 189 goals in favor. The Aeros have also allowed the fewest goals although they will need to find a way to suppress WSHL’s 2nd All-Time Leading Goals Scorer, Jamahl Eakett.

This will definitely be a season series to keep an eye on as it’s the second tightest divisional race, after the Western Division.

Brock Faber is Ready to Lead by Example at World Juniors